The Township has received $1.97 million in American Recovery Act funds related to the COVID-19 Pandemic.

Join the Uwchlan Township Environmental Advisory Council on October 30th from 1:00 to 3:00 PM for a family friendly, environmentally centered 'trunk or treat' at the Township building (Baird Park). 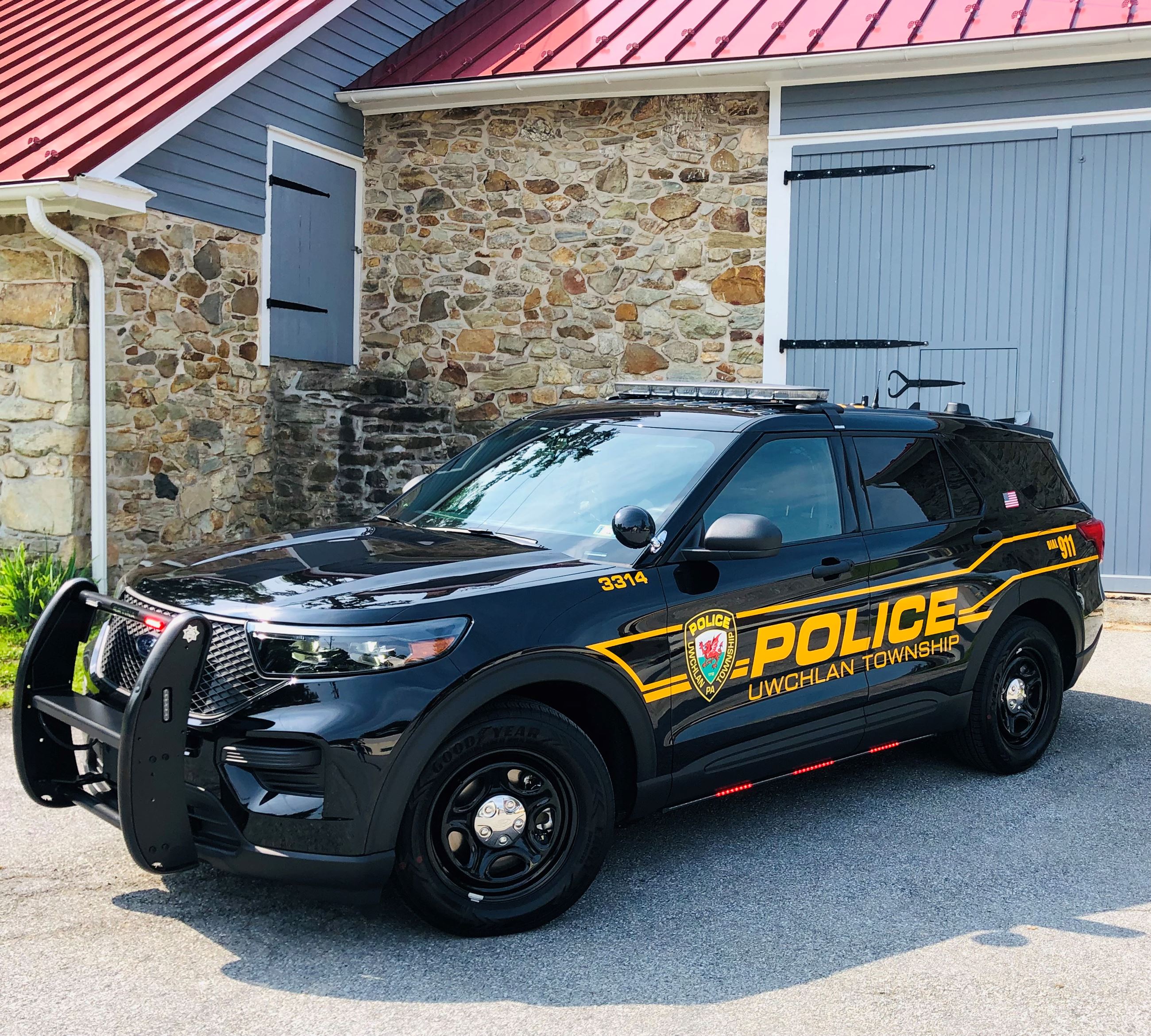 The Uwchlan Township Police Department has placed two new hybrid police vehicles into service this past Summer. The Ford Explorer Police Interceptor Utility vehicles are the first hybrid police vehicles for the Department and represents great progress towards the Uwchlan Township Ready for 100 Resolution that was adopted by the Board of Supervisors in 2019.

Election Day 2021 is November 2nd, 2021.Click the links below for additional information and resources related to the upcoming election.

A Picture is Worth a Thousand Words

In the last e-Newsletter we spotlighted the Hawley Family and their establishment of the Joel Hawley General Store, circa 1835. The quote titled above has been credited to many, perhaps because we can’t deny the adage’s meaning. Thus, we will fast forward to the Edmund C. Pechin General Merchandise Store photo and the story it will tell in this article. (See photo, circa 1938). It is the same building we showcased in last season’s newsletter, but a more revealing visual. In 1932, Mrs. Margaret Simpson Pechin and her husband, Edmund, became the store owners following the death of Margaret’s father, Charles Simpson. A perusal of the storefront photo tempts one’s curiosity. Please bear with us while we research and write a thousand words (not really!) worth of history.

The Atlantic White Flash gas pump seen at the left of the picture (Atlantic Refining Company, founded 1866) was one of the premium gas options arriving on the market about 1931. Looking closely, a partial view of an Atlantic Motor Oil sign can be seen to the right of the bicycle. Kerosene and motor oil were stored on the front porch and available for purchase at the store. Wikipedia tells us that the last known Atlantic Gas Station is located in Chambersburg, PA and was rebranded as Sunoco in 1996.

No doubt the main attractions for young villagers visiting the store were Coca-Cola, candy and ice cream. The red sign near the gas pump assures the customers that Coca-Cola was sold. In 1938, a 6.5 oz bottle of coke was a nickel. Until 1955, the only way Coca-Cola sold was in a returnable bottle or as a fountain drink. Between 1886 and 1959, the price was set at 5 cents. This was especially remarkable considering the era of prohibition, two world wars and competition from Pepsi. Inside the store, those with a sweet tooth could spot an array of penny candy by looking through a curved glass counter display. Burdan’s Ice cream (see green and white sign) began as a small business in Pottstown, PA circa 1899. In 1914, Harrie and Charlie Burdan purchased the Lebanon Creamery and continued to manufacture ice cream into the 1950s.

One of the merchandise items sold in the store was “Ball-Band” Rubbers. The footwear’s trademark of the red ball was added in 1901 and made the brand famous for its quality products. The advertisement card to the left was found in our archives and was used when Margaret Pechin’s father, Charles Simpson, owned the store. The manufacturing company in Mishawaka, IN, was originally known for boots and galoshes, but then expanded into a line of sneakers. A wide variety of vintage Ball Band products are for sale on eBay and Etsy today. The name of the Mishawaka Rubber Company was changed to Uniroyal Corporation in 1967.

As the years went on, the story of the Lionville store continued. It would serve the community through the dedication of those who owned the store and the people who were employed within- individuals who clerked at the post office, served the ice cream, pumped the gas, etc. Following the Pechins, Mrs. Pechin’s daughter, Elizabeth Pechin Thackeray, and her husband, James, played an integral part in the store’s operation. In 1951, the property was sold to Mr. and Mrs. Ronald Peoples, Whitford Road, marking the end of a family business that spanned nearly 50 years. During this time many improvements were made in new equipment, the addition of a lunch counter and extra refrigeration for produce, dairy and frozen foods. In 1953 the store was leased to Mr. and Mrs. W. Elroy Butterman who took charge on September 1st and changed the name to Pioneer Store. It is believed that the last owner/and or operator might have been Charles Thompson, who started at the store part-time while a high school student (described in our archives as “an affable assistant”) and later became a full-time store and post office clerk. According to our township records, the store closed in 1963.

Heart of Uwchlan: The Wetland Garden